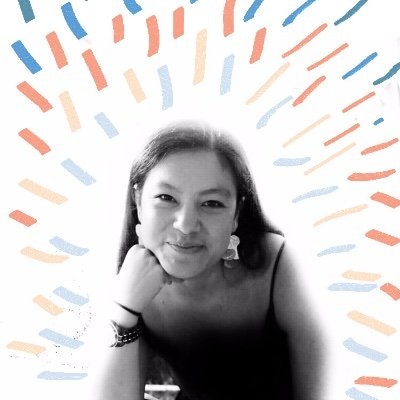 For those of us that exist among the ranks of the Extremely Online, it’s been impossible to ignore the rise of NFTs over the past year. Celebrities including Snoop Dogg, Gwyneth Paltrow, and Serena Williams have all flexed NFTs, replacing their Twitter profile photos with cartoon images. It’s hard to think of a brand that hasn’t sold a collection of NFTs (to name a few: Coca-Cola, McDonalds, Dolce & Gabana, Burger King, Taco Bell, even Charmin).

Further, NFTs have become their own cultural movement: for certain populations, affiliating with specific crypto artists, owning a Bored Ape (or a fractional share), or even just flexing Metamask transactions fills a psychological need for belonging. As NFTs have taken off, it’s become increasingly clear that they represent not just a fleeting trend but an entirely new form of consumer product.

And yet, as the NFT marketplace ecosystem heats up, with an increasingly diverse customer base and use cases, it’s challenging to see a path forward for one marketplace to maintain so much market share. This isn’t a new phenomenon: something very similar happened for web2 generalist marketplaces (most notably, eBay) as a new generation of specialized players came to supplant their dominance. We’re beginning to see a very similar trajectory occur in web3.

It’s time for the Unbundling of Opensea.

To understand how Opensea might be unbundled, it’s helpful to look at how a similar path occurred for its web2 counterpart, eBay during the 2010s. In the early 2000s, eBay was a force. The peer-to-peer marketplace had scaled rapidly since its 1995 founding and by 2001 had the largest user base of any e-commerce site. By 2013, GMV had reached $83B and eBay had solidified its reputation as an online everything store: a place to find limited edition collectibles, clothing, electronics, real estate, books, and more. Beyond its sheer number of transactions, the practice of listing items on eBay became a cultural touchpoint, even featuring as the subject of a Weird Al Yankovic song.

And yet, the company’s growth stagnated, with GMV remaining essentially flat from 2013 to 2016. Executive leadership turmoil and a messy spinout of subsidiary Paypal are at least partly to blame. But another key shift happened during the same time period: a rising number of vertical marketplaces rose to supplant the sub-sectors eBay had once dominated. Where consumers had once migrated to one platform for all their needs, they increasingly scattered their transactions across specialist marketplace verticals including accommodations (AirBnb, VRBO, Hipcamp), Fashion (Net-a-Porter, The Real Real, StockX), and Home Goods (Chairish, 1st Dibs).

Justine and Olivia Moore identified this trend in 2018, producing an incredibly detailed visual representation of the companies seeking to unbundle eBay at the time. Notably, among these vertical marketplaces, Etsy, 1stdibs, Airbnb, Chegg, and Zillow are worth a combined $130B+ today, multiples larger than Ebay’s current $32B valuation. What is clear from this? There is value in unbundling.

Just as eBay was the dominant generalist marketplace during the early 2000s, Opensea has come to take the same title for digital assets (namely, NFTs) during the 2020s. Opensea is both the legacy incumbent (founded in 2017) and the whale in the market (responsible for 98% of all NFT transactions pre-LooksRare).

Today, Opensea is valued at $13.3B with a $30B+ GMV run-rate. It’s not hard to imagine that the next wave of verticalized NFT marketplaces will be able to collectively create well over $13B in value. A few clear verticals where NFT specialists are already emerging include Gaming (Fractal, DMarket, Axie Infinity), Digital Fashion (The Dematerialized, Artisant, RSTLSS), Art (Foundation, Sloika, SuperRare), Sports (Sorare, Sportium), and Music (Royal, Catalog, Glass). In the coming months, we are likely to see even more specialized niches emerge to serve varying users and utility end-cases.

What will be the differentiating factors among web3 marketplaces? NFT platforms will have to master many of the same metrics of top web2 marketplaces, including providing competitive take-rates, strong curation of goods, reputations for authenticity, brand/community, and balanced supply/demand from sellers and buyers. Arguably, many NFT marketplaces have scaled to date without meeting all these web2 standards, buoyed instead by overwhelming consumer NFT interest. As the space becomes more competitive, platforms will be forced to sharpen their product offering and experience.

Additionally, verticalized NFT marketplaces will likely only succeed when they can offer things that generalists cannot; this may be exclusive listings, projects too small or nascent to be recognized by others, or even white-labeled NFTs that they create themselves. At least at onset, selecting the most appropriate L1 and L2 blockchains to build on top of will likely also play a role, alongside eyeing a future product that can support multiple chains.

Despite the clear cultural relevance and traction of NFTs, we are still very early. Crypto wallet provider Metamask, the primary way in which consumers purchase NFTs, achieved 21M MAUs in early January 2022. The milestone was widely celebrated by crypto Twitter, but still represents only 0.7% of Facebook’s MAUs ($2.9B) and 6% of Twitter’s MAUs (331M). Data from June 2021 suggests that approximately 13% of Americans and 3% of individuals globally have purchased crypto. Framed from a different perspective, that’s roughly about where U.S. internet adoption was in 1996. Only 2% of Americans have purchased or sold an NFT and a full 66% of respondents had never heard the term before.

To date, NFT marketplace AOV and LTV has tended to be larger than many web2 marketplaces given the higher margins and pricing on NFTs. For example, the average purchase price on Opensea in January 2022 was $3.2K. Higher pricing allows NFT marketplaces to sustain comparable GMV and net revenues to web2 peers on a lower customer base.

Because of this, it’s debatable just how much consumer crypto adoption will be necessary for many of these verticalized NFT marketplaces to scale if they can successfully monetize relatively small cohorts of customers. At the same time, there is a limit to the number of individuals willing to pay $3K+ for digital goods. In order to surpass this ceiling, NFT marketplaces will need to reach early majority and late majority adopters with more accessible pricing.

At the same time, given the fact that we can leverage the internet to speed the rise of web3, it is likely that its adoption curve will be much faster than that of the internet during the 90s and early 00s. While eBay was unbundled over a decade-long period, Opensea could be unbundled in half the time. Digital asset marketplaces do not need to grapple with the same physical infrastructural challenges as traditional marketplaces, including holding inventory, shipping, and managing supply chains, another potential accelerant. Additionally, rapid development of new technologies including layer1 blockchains (Ethereum, Solana, Flow, etc.), layer2 sidechains (incl. Polygon, Immutable, xDAI), cross-chain interoperability, zero knowledge (zK) rollups, and other innovations are emerging that appear poised to catalyze the next cycle of app development.

I’m bullish on verticalized NFT marketplaces that combine utility, curation, competitive take rates, and excellent UI/UX. The next great NFT marketplaces are likely to build brands that are as strong as any traditional marketplace or brick-and-mortar boutique. As the landscape heats up, NFT purveyors will become more than just destinations for transactions but homes for community and signals of digital identity.

As a consumer and an investor, I’m excited. It’s time to buckle up. The unbundling of Opensea is just beginning.

Tasha Kim is an early-stage VC investor passionate about web3 companies and their intersection with consumer and cultural trends. She is also a lead contributor for Crypto, Culture & Society’s DAO. The ideas expressed in this article reflect her personal opinions only. More of her thoughts can be found on Twitter and at natashajuliakim.xyz.

Much appreciation to the ETH Tahoe women and thank you to Lia Zhang, Sarah Holmes, Hannah Murdoch, Michelle Nie, Faye Maidment, and Mark Grace whose thoughts and conversations have greatly impacted my viewpoints on the NFT landscape and helped to shape this article.